In the days before commercial fisheries were even thought of, when match fishing WAS river fishing, John Allerton stood head and shoulders above the rest.

There were few who could equal his brilliance, particularly on his favourite River Trent, and his list of match wins is longer than most. A thinker and innovator, he tore up and then rewrote the rule books on feeding and tackle, using specialist rods that he designed for Tri-Cast, his own range of stick floats, and hooks and line that were smaller and finer than most anglers would use on the canals.
His mind was always one step ahead of the rest and he always seemed to know what to feed – in John’s case, usually casters – how much of it, where and how.

John always fished matches to win – still does – and was never content to aim to simply top the section. In fact, he claims that he used his match winnings to supplement his income for many years. Despite this, he was a founder member of the world-famous Barnsley Blacks match fishing team, and won many major trophies with them, fishing alongside other great anglers such as Tommy Pickering, Denis White and Alan Scotthorne.
The well-known angling journalist and broadcaster Keith Arthur lists John in his top 10 angling icons: “I thought I could fish the stick float until I drew next to John Allerton on the Trent – unbelievable control and accuracy, and now still doing the business on commercial fisheries. John is the angler who has given me the biggest hammering on my favourite method.”

When the rivers, especially his favourite Trent, went into decline in the 1980s and 1990s, John refused to go down with them, instead transferring his formidable skills to the booming commercial scene.

As legendary England manager Dick Clegg comments: “Too many people think John was just a stick float angler, but while he is deadly on that method, there’s much more to the man than that. He is a brilliant waggler man, and I’ve seen him take apart festivals in Ireland, feeder fishing for bream. He’s even the man to beat at commercial carp fisheries today.”

A good angler will always find a way to catch fish, and a great angler will win matches no matter what the quarry. John still wins many matches.
His record today on commercial fisheries positions him at the top of the match fishing tree, finding the best ways to get among the carp and silver fish of many venues, particularly Doncaster’s Lindholme Lakes, where his record is the envy of many of today’s top matchmen.
A proud Yorkshireman, John has racked up an impressive 110 plus wins with numerous top-three finishes at Lindholme over recent years. He has also had numerous wins at several of the UK’s top carp fisheries since his transition from river angling.

Still an innovator, John employs tackle and tactics that others would never think of using and has invented many great fish-catching items of tackle, including his Carp Catcher waggler floats. 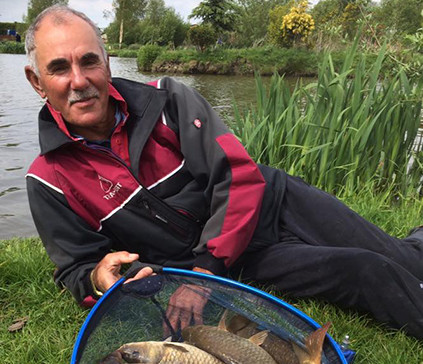 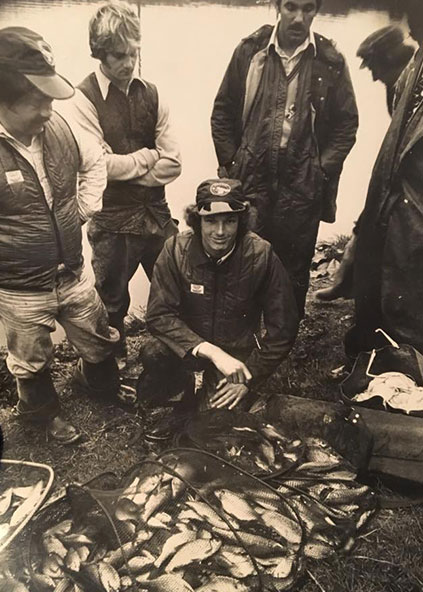 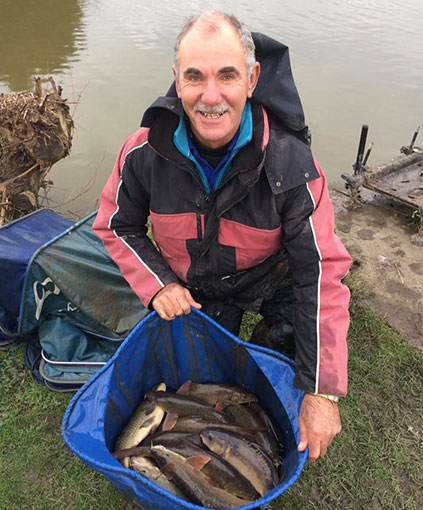