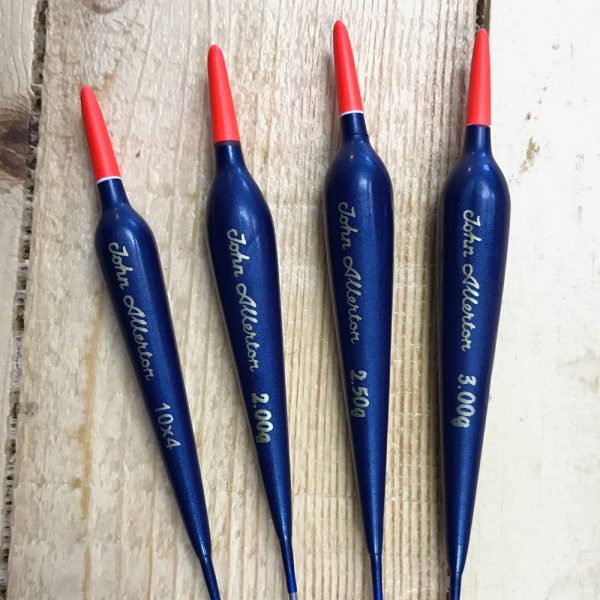 John Allerton Stick Float. The original stick float by john Allerton, remastered
Pack of 4 – Heavy Sticks – (Sizes 10 No.4, 2g, 2.5g & 3g)
Now updated and modernised it is top of the range in quality and design and a pleasure to own and use.